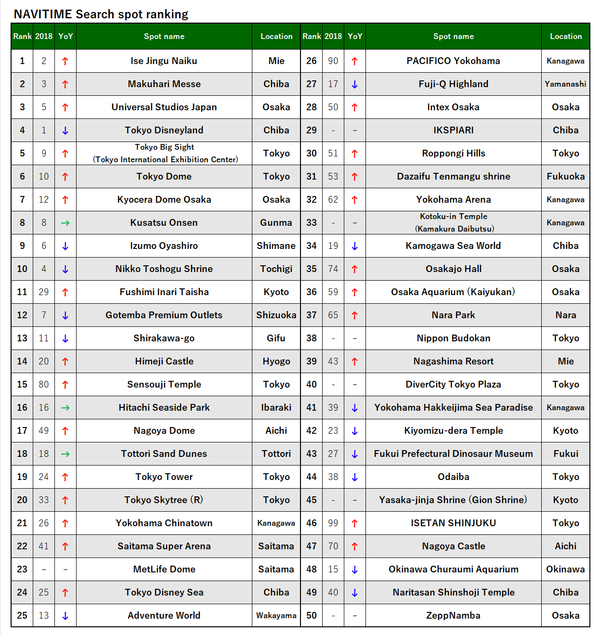 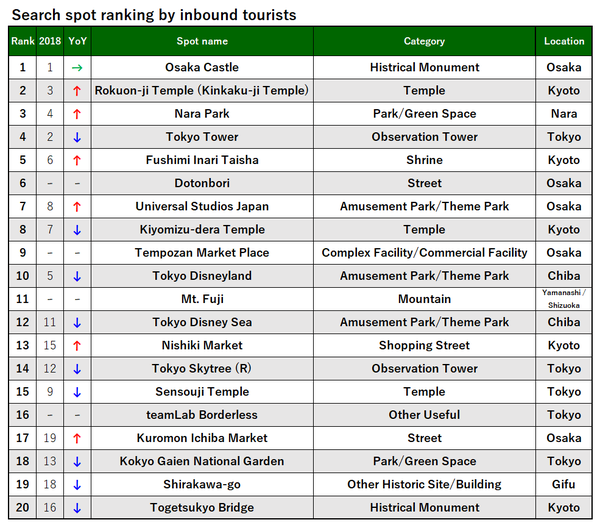 The ranking for all services combined, along with ranking by transportation method are available on the website (in Japanese only).
https://www.navitime.co.jp/pcstorage/html/spotranking2019/


About NAVITIME JAPAN
NAVITIME JAPAN was founded on March 1, 2000 and is headquartered in Minato Ward of Tokyo, Japan. The current CEO and President is Keisuke Onishi, PhD. The company is the leading provider of navigation technology and services, offering solutions such as navigation services and apps for both individual and corporate customers.

Tweet
Inquiries regarding interviews, presentations, and other media-related topics